February is Black History month. So in this edition of the newsletter, we’d like to honor a couple of folks who braced themselves against our racist culture and overcame their obstacles to achieve success. These two may not be as well celebrated as Rosa Parks or Martin Luther King, but their stories take us into some revealing cultural detours.

We’d also like to take this opportunity to acknowledge and commend a few bright stars in our astrological community who will be featured speakers at this year’s NORWAC conference in Seattle: our very own “Forrest Trained” Cheryl Hopkins, Marie O’Neill, and Vernon Robinson. Congratulations! Can’t wait to see what you cook up for us.

And a shout out goes to Samuel Reynolds, returning to NORWAC for his second year. Reynolds is the co-founder of the International Society of Black Astrologers and can be found at UnlockAstrology.com. 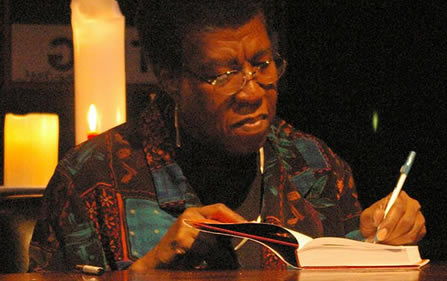 As a black female American science fiction writer, Octavia Butler challenged the white male sci-fi status quo in multiple ways at once. Becoming successful in this field was (and is) no easy feat, and Butler did so not by intentionally fighting to gain entrance, but with sustained effort to pursue her creative passion. Her 1979 novel Kindred was a bestseller, and in 1995 she was the honored as the first sci-fi writer to be awarded the MacArthur Fellowship, which includes a sizeable financial award with the goal of investing “in a person’s originality, insight, and potential.” (1)

Born with the Sun at 0° Cancer, themes of family and ancestry were common in her writing. But the real standout in her chart is a powerful configuration of planets linked by sextiles (a dynamic I wrote about in TMA). Astrologers often downplay sextiles as a “less important aspect.” But the sextile not only joins planetary energies together like links in a chain, it adds a quality of excitement or stimulation. Butler has creative Venus in Gemini sextile a foreboding Saturn-Pluto conjunction in Leo, which is in turn sextile dreamy Neptune in Libra (which also trines Venus). Yep, that’s a big mouthful of planets! Butler successfully harnessed the immense creative potential in this dynamic signature and we can see traces of each piece realized in the themes of her novels.

Butler’s Saturn-Pluto conjunction shows up in her work through recurring themes of awareness about violence and intolerance in hierarchical systems and the desire to transform them. With Venus and Neptune flanking this forceful conjunction, Butler harnessed the energy with imagination and creativity as she imagined and wrote about fantastic worlds in which her characters test out creative solutions to overcome hierarchical oppression.

Butler died in 2006. She received numerous awards for her work including the Nebula award for best novel for Parable of the Talents.

“Writing is one of the few professions in which you can psychoanalyse yourself, get rid of hostilities and frustrations in public, and get paid for it.” – Octavia Butler (2)

For more about Butler, see her page at Science Fiction and Fantasy Writers of America: http://sfwa.org/members/butler/index.html and the Voices from the Gaps project: http://conservancy.umn.edu/handle/11299/164018 If you’ve been ready to jump into learning astrology, and don’t know where to start, or you’re looking for a structured program that will help you feel confident practicing astrology for yourself or others, this is the perfect place to begin.

In this foundation course you will learn the basic symbols necessary for deeper astrological study: 14 Planetary Symbols, 12 Signs, and 12 houses. You’ll also learn how to set up a chart in an astrology program, how to use the ephemeris, and how to choose a house system to begin your study. 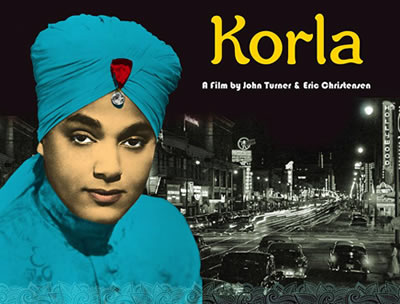 Last fall I was lucky enough to see a rare film screening of the documentary Korla, which chronicles the fascinating story of Exotica organist Korla Pandit. The screening was complete with a local organist and Korla fan playing his music live before and after. Ah, Portland! But the real story here is the mystery surrounding Korla’s indentity – a secret kept successfully under wraps (pun intended) until the day he died. Some of you will be old enough to remember Korla’s now-fabulously kitschy TV performances in the 50s, or his cameo in Tim Burton’s Ed Wood. Sometimes called the “Godfather of Exotica,” Korla was at the forefront of a genre of music and performance popularized in the 50s in which artists synthesized Western styles with instruments and rhythms from other cultures.

Korla’s career had its highlights, but arguably his most dramatic accomplishment was his invention and enduring maintenance of the Korla persona. As he used to weave the tale, Korla was a classically-trained “Hindu” pianist from New Delhi, India, who found success and fortune in sunny Southern California after his musical education in England and Chicago. But in fact, Korla was born John Roland Redd, a black American man, in St. Louis, Missouri in 1921. Hindu is in quotes because although Korla is famous for wearing the bejeweled turban, pictured here, Hindus don’t wear turbans, Sikhs do – highlighting the thin veneer of his charade.

In Korla’s time, black artists faced formidable obstacles to success, which he experienced early in his career. He started out playing jazz and R&B, but talented in many genres, he soon discovered it was easier to get by presenting himself as Mexican musician “Juan Rolando,” playing Latin tunes. And this crucially allowed him to join the whites-only Musicians Union. With access to higher-end gigs in prestigious venues, he was able to circumvent the obstacles faced by his black peers. And he was hooked. Soon after he hit on his real money-making persona: Korla Pandit. From then on, he became Korla everywhere he went, and close relatives were asked to help keep his real identity secret. Amazingly, they held up their end of the bargain until his death.

My first thought while watching the documentary was, “this man has to have a prominent Neptune.” Recall Marilyn Monroe, whose natal Neptune was conjunct her Ascendant. Like Korla, she created a mythic persona tailored to the general public’s current tastes which was not representative of the “real” Norma Jean. My heart raced when Korla’s birth certificate flashed across the screen. But alas, there is no birth time, which I confirmed by tracking down the rabid fan who has the hard copy in his possession. So although we’ll never know if Korla’s Neptune is conjunct his Ascendant, we do have an accurate birth date and place. And from that we see that his Neptune is prominent – conjunct natal Venus in Leo. His wife is said to be the “architect behind his mystique.” And for a time, Korla was signed to the Fantasy Records label.

Korla had natal Sun conjunct Saturn and Jupiter, all in Virgo. This speaks to his ability to maintain his chosen identity for so long, and also being thought of as a father-figure – the “Grandfather” of Exotica. For the “exotica” part of the equation, it is likely that his natal Moon in Pisces is conjunct Uranus, which is trine Pluto. But I also wouldn’t be surprised to find a 9th house focus.

To become Korla, Redd had to completely transform himself, changing his speech, his clothing, his hair – everything. A prominent Neptune conveys this potential for being a master of disguise – here conjunct Venus in Leo. And his appeal wasn’t just about being attractive – he had marked sex appeal to the swooning housewives who were entranced by his TV show, his captivating gaze, and otherworldly silent demeanor. For transformation and the issue around speech, we can look to his natal Mercury square Pluto (also potentially quincunx the Moon). He accepted the TV contract on the stipulation that he not be required to speak while on camera.

Through the fascinating story of John Redd’s life, and the aid of time, we have a window into the unique experience of black artists in America. The cultural structures of racism that were (and are) systemically upheld, create often insurmountable obstacles to success. And even if it makes us a little sad to think about the parts of John Redd’s life that he felt it necessary to erase, we can celebrate the fact that he did achieve success on his own terms, and under his own authorship.

Korla the documentary hasn’t been released on video yet, but you can still catch a few screenings – see the calendar on the official website: http://www.korlathemovie.com/