May 2016 Newsletter
by Steven Forrest

Wait a minute! Didn’t we find the ninth planet eighty-six years ago and name it after Walt Disney’s most famous dog? No, Pluto’s now a dwarf, remember? (But who dares to tell THAT to Pluto?) But wait another minute! Astrologers have been calling the Sun and the Moon “planets.” since the beginning of astrological time—so that makes ten planets, not counting Pluto. But we WANNA count Pluto! Ask any astrologer—or at least any modern astrologer. (Some of the Classicists don’t even want to count Uranus or Neptune . . .) But, then, if we DO count Pluto, we had better count Eris too. Eris is about Pluto’s same size and mass, and if one’s a planet, then the other must be.

Like a lot of things in the modern world, such as turning on a television set or adjusting a thermostat, counting planets is a heck of a lot harder than it used to be! And it looks very much like it is about get a whole lot harder. Evidence is mounting for the existence of what astronomers are tentatively calling “Planet Nine.”

Now, before we go an inch further, let’s keep some lead in our shoes. No one has actually seen this Planet Nine yet. The evidence for its existence is speculative. We don’t even know where it is, exactly. No one can plug it into anyone’s chart yet. It’s too early to say, “It was conjunct Robin Williams’ Sun. Let’s call it Planet Robin!” (Although I might vote for that . . .)

I’ve lived through a lot of false alarms about “new planets,” some from the astronomy side, some from the channeled, metaphysical side. Mostly those predictions have been incorrect. I took this one with grain of salt too, until I began to look more closely at the evidence. I now think it is real. I now believe that astrology is on the cusp of a very major paradigm shift. And I suspect it will happen very soon—interestingly, synchronistically, as we move into this Uranus-Eris conjunction in Aries over the next couple of years. When life plays its wild cards, for good or for ill, the planet Uranus is generally in the spotlight. The "lord of earthquakes and lightning bolts" usually lives up to his name. But lately there is a newcomer.

Eris' energy and action are different from those of Uranus, but Eris can be equally explosive. Join Steven in exploring the action of these two Lords of Chaos, one familiar and the other new, powerful, strange and unsettling. We’ll begin to understand their function in the birth chart, and how they respond to stimulus via transits or progressions.

Since the early 1990s, astronomers have discovered literally hundreds of tiny ice-worlds orbiting beyond Neptune. They are usually called the Kuiper Belt (rhymes with “viper”). Eris is one of them. You’ve probably heard of Sedna or Quaoar or Orcus too. Eventually, astronomers realized that it made the most sense to include Pluto as a member of that same family. Pluto seems to be the biggest of them and one of the closest—but it’s helpful in keeping perspective to realize that Pluto’s mass is only one quarter of one percent of Earth’s mass. So it’s the largest of these Kuiper Belt objects (or Trans-Neptunians, as they are often called), but it’s truly tiny, as are the rest of them.

What is the evidence for the existence of this new world? Basically, the science is very much an echo of how we discovered Neptune back in the middle of the nineteenth century: by the effects of its invisible gravitational field. Uranus was not orbiting “right,” and the astronomers of that era realized something must be tugging on it. They used the distortions in Uranus’s orbit to roughly calculate the position of the invisible “planet eight.” They turned their telescopes in that direction and—voilà, there it was: Neptune.

Similarly, something is tugging on the orbits of these little ice worlds of the Kuiper Belt. Their orbits are too organized. They are marching to the same drummer. But who is the drummer? No one has seen him.

These ice worlds mostly have highly “eccentric” orbits, which just means they swing closer to the Sun, then much further away, orbiting in long ellipses, almost like comets. The big clue about Planet Nine is that they mostly have their aphelions—that’s the point where they are farthest from the Sun—all on one side of the Sun. So our question, “who is the drummer” translates into “what is balancing them on the other side?” 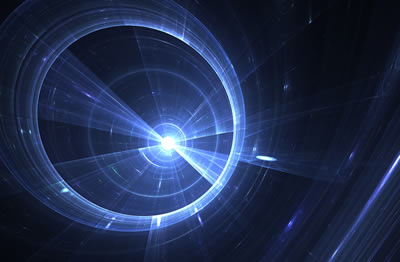 Picture it like this. There’s a 250-lb farmer square dancing with his 110-lb wife. They’re holding both hands and he’s twirling her around and around. If he let go, she’d go flying. But he holds on. If you watched her pelvis, you would see it orbiting her husband’s pelvis. He’s bigger, so he’s sort of the center of the merry-go-round. But if you watched his pelvis carefully, you’d see it was describing little circles too. So her pelvis is making a big circle and his is making a small one. And they are both orbiting a “common center of gravity” and they are both always on opposite sides of that common center of gravity.

If you were to continue to study the motion of his wife’s pelvis, you would deduce that her invisible partner occupied a position opposite her. You would know “about where he was located.” And you would know he was a lot heavier than she was.

That’s what the astronomers are doing. These Kuiper Belt objects are the wife’s pelvis. And the invisible farmer is a giant! Planet Nine is estimated to weigh about ten times what Earth does—and remember Earth has about four hundred times the mass of Pluto. For perspective, Neptune has a little more than seventeen times Earth’s mass—so Planet Nine is no record-breaker. But one thing is sure—if they do find it, there will be no debate about it being a “dwarf planet,” not at ten times Earth’s mass!

Those tell-tale distorted orbits also tell us that this new world is way out there in space. There’s only so much the astronomers can learn from watching “the pelvis of the farmer’s wife,” but it looks like Planet Nine must be fifty or sixty billion miles from the Sun. The number probably doesn’t mean much except “big” to you—me either. But for perspective, Neptune’s average distance from the Sun is only 2.8 billion miles. Earth is only 93 million miles out. Fifty or sixty billion miles means deep space: unexplored territory, where no resident of Earth has gone before.

Because of Kepler’s Laws of planetary motion, that deep space orbit means two things: Planet Nine is moving very slowly and it takes a really, really long time to get around the Sun. Current estimates run between ten thousand and twenty thousand years. That’s its “year,” dwarfing even Pluto’s 248-year cycle.

One more little techie piece. Compared to the plane of Earth’s orbit, many of the orbits of these Kuiper Belt objects are tilted 30° down. Why? Again, the laws of gravitational balance point to something massive orbiting on the other side, 30° up.  The probability of that occurring by chance is about 0.007%. So that’s another piece of evidence that “something big is out there.”

The clues are compelling and telescopes are pointing out into the darkness at the edge of the solar system at this very moment. As the observations of the Kuiper Belt orbits are further crunched, the astronomers will know better where to aim those big eyes. At this point, no one can come up with an alternative explanation for the observations—but of course science is full of surprises. We can believe in Planet Nine when we see it. Until then, as an astrologer, I can only wait and anticipate . . . and hopefully avoid the pitfall of starting to interpret any of this before we have anything concrete to interpret!

What will Planet Nine mean? I have no specific ideas, but I do know that the discovery of planets has always been a real punctuation mark in human history. Famously, we have the correlation between the discovery of Uranus and revolutions in government and science and culture. We have Neptune’s discovery linked to spiritualism, populist revolution, and so on. Pluto linked so obviously to psychology—and the possibility of Armageddon. Big subjects—and no doubt Planet Nine, ten times more massive than Earth and likely to be discovered within the next year or two, will correlate with a similarly massive paradigm shift.

We astrologers will of course wait with bated breath for the announcement of the mythic name of this new world. That’s because—with the glaring exception of Uranus—those names have provided one of the most reliable demonstrations of synchronicity available to those who pay attention to such things.

I’m dying to see where this new planet falls in my own chart. I bet you are too. And that’s nothing to apologize for—our own heads and hearts are always the primary laboratory. Then we will start plugging the planet into the charts of famous people. Planet Nine is so slow in its long, long orbit that it will tend, of course, to barely move over generations. Your whole senior class has it in the same degree. But someone you know will have it conjunct the Ascendant and someone else opposed to the Moon. And, together, we, the tribe of astrologers, will figure it out. And we will give thanks for being alive, and for being astrologers, at such an exciting moment.

Remember: this puppy is four hundred times more massive than Pluto! It will change everything.

By the way, here’s a link to a more technical article about all this. It’s from ASTRONOMY magazine. I’m a happy subscriber, despite their occasional ignorant remarks about astrology!

Get Our Newsletter delivered to your inbox every month!

Are you ready to study astrology more seriously, but not sure where to begin? Our study guidelines can help you formulate a plan. Steven has a wealth of recorded lectures and courses available, and we have organized them according to your study goals. 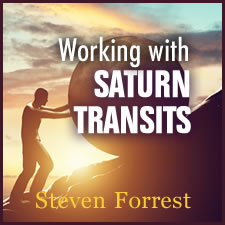 Download Steven's webinar about Saturn transits to your birth chart. Learn how to best approach Saturn energy. Trade in your fear of Saturn for some constructive alternatives.