Stored deep in the antiquarian depths of my memory banks is an old giggle about the dance that heterosexual people do: “She ran away from him until she caught him.” Are the times gone when people believed that script? Is it extinct? I guess that is an essay question nowadays as the old gender assumptions pass through the wringer of cultural change.

In any case, the saying came to mind as I watched Venus chase Mars around the Zodiac this month. At the beginning of January, Venus is speeding through the last degrees of Capricorn while Mars lies safely ahead, deep in Aquarius. Venus joins “him” there on the 3rd, but “he” quickly escapes into Pisces on January 12th. Venus tracks Mars down and enters Pisces “herself” at the end of the month, on the 28th. Mars nearly makes his getaway yet again—he just manages to cross the line into Aries in mid-February, but Venus finally catches up with him there on February 22nd. In Buddhism, there are "three poisons." The root poison is Ignorance - and it is Mercury's job to dispel it. Ignorance spawns two more poisons. One is attachment and desire. Purifying that soul-disease is the result of achieving a highly evolved response to Venus. Anger and fear are the third poison, and getting past them brings us to the process of elevating our relationship with Mars.

In this workshop, you'll follow Steven into an important area that is too easily dismissed as merely basic astrology. Understanding the deeper purpose of these planets is a significant part of the foundation upon which our evolutionary possibilities rest.

Mars rules Aries though, and Venus is said to be debilitated in that sign, so who wins? We’ll all wait with bated breath and popping popcorn.

I put “he” and “him” and “herself” in quotation marks. Should I? There are good astrologers who still think of Mars as masculine and Venus as feminine. They have objective reasons too, often observing that Venus transits signify contact with women and Mars transits contact with men. Some astrologers, more Jungian in their language, will affirm that “of course everyone has masculine and feminine sides,” with Mars referring to the former and Venus to the latter. Others roll their eyes at “political correctness” and claim that anyone can see that women are Venusian and men are Martial.

These are some of the central astropsychological questions of our Age. Do these planetary gender associations still work? Are they relevant to the actual realities of modern people? Might the whole situation be in flux? As our culture evolves, might this kind of astrological thinking still fit older people—but fail to be meaningful to younger ones? With Pluto in Capricorn, there has very obviously been a significant swing back in the direction of more traditional values. Will that shift the fabled “revolution in gender roles” that has played such a dominant role in cultural history for generations back in a more conservative direction? Is that revolution a cultural whimsy, like hairstyles, or something more fundamental?

I am only sure of one thing: I wouldn’t much enjoy having dinner with anyone who has a quick answer to any of those questions. They are complicated and multi-dimensional. I don’t know the answers. My guess is that no one does. What we used to call “women’s liberation” and came to call “feminism” is, I think, a vastly more fundamental review of the entire collision-zone of history, biology, and myth. I suspect it will be many generations before the dust settles—if it ever settles. 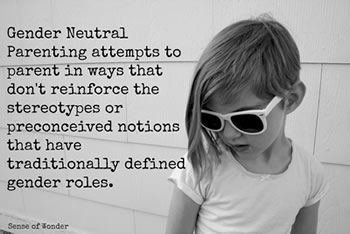 There is another practical point of which I am sure: we astrologers must constantly adapt and re-adapt to the realities that people actually experience. In my time in the world, with the kinds of people who have been drawn to me as clients, I’ve personally found that not calling Mars “masculine” and Venus “feminine” has worked best. They are both “it” to me, not “he” or “she.” Clearly, the classic domains of Mars action—independence, competition, assertiveness, and adventure—are enthusiastically populated nowadays by females, while Venusian domains—aesthetics, intimacy, grace, and fresh underpants—are not off-limits to males. It seems to me that in the pursuit of wholeness, astrologers today need to be wary of adding to the piles of outdated cultural obstacles we all face.

But, hey, get a grip, Steve. Anyone can see that the girls are often out buying shoes while the guys are watching the game. That has not gone away. Do I need some lead in my shoes here?

Like most astrologers, the majority of my clients are female. Venus seeks help, intimate conversation, and relationship while Mars would rather “solve things himself.” Right there in the male/female profile of my practice is evidence for the old gender/planet connection. When I do sit with male clients, which is about 25% of the time, they are often more interested in career, while the women often bring relational issues into the conversation. Again we see the fingerprints of the old mythic script, alive and well, in 2015.

But here’s another observation: these patterns hold better with my clients who are in the second half of life. It seems less the case with the younger ones.

Most of us laugh at the silent, stone-faced “John Wayne” view of cowboy maleness. Ditto for the chirpy “Doris Day” kind of hapless, kitchen-bound female. They seem too extreme. No doubt there has been change in this Mars-Venus mythology over the past few generations, and little doubt that it has taken more hold among younger people.

So the big wheels are still turning. Will they continue to turn or will there be a swing back in the old direction? I don’t know. As an astrologer, I don’t really need to know. I just need to speak the language of the present world.

What about gay people? Are gay men more “Venusian?” Are gay women more “Martial?” All the clichés about gayness run in those directions—but just like heterosexuals, many gay people don’t actually embody the clichés.

Acceptance of gayness seems to be an unstoppable force in our society at this point. My guess is that this social sea-change is just one piece of an even larger re-framing of our relationship with the archetypes of Mars and Venus. And again, younger people seem to be in the forefront, not only in terms of being accepting toward gay folks, but also in their blurring the boundaries of gender roles, sexual orientation, and even biology.

I’ll turn sixty-six years old about the time you are reading these words. So, as Paul McCartney put it, I am experiencing a state called “Memory Almost Full.” I remember getting programmed not to cry, to be stoic, and to think of Superman—the Man of Steel—as a regular guy to whose standards I had better adhere. I remember when women were all “girls.” And gay people were comical.

Getting older gives you the catbird seat watching these kinds of changes. I cringe when I hear or read a fellow astrologer of my own age still making the old uncritical assumptions, still treating Venus and Mars as female and male, circa 1955—and equivalent to John Wayne and Doris Day. They embarrass themselves without knowing it. And they lose their audience.

So Venus is chasing Mars around the Zodiac all this month and they come together in Aries on February 22nd. Their cycle of conjunctions is erratic; sometimes it’s just weeks between conjunctions, other times a couple of years. We’ll get two of them this year, with a second alignment happening in Leo on September 1. After that, we’ll wait until early October of 2017 before the conjunction forms again.

For all of us, these alignments represent a fresh start in our intimate lives. But I also have the feeling that, at a cultural level, the conjunctions reflect a collective attempt to integrate these two ancient energies and to support a profound kind of psychological integration for one and all. Seeing that 2015 holds two such conjunctions, both in Fire signs, leads me to believe that this year will be a “hot” one in the ongoing debates and discussions of gender and sexuality around the planet. And angels will be laughing about how the humans think they are only talking about our biological plumbing when in actuality we are talking about how everyone has a left arm and a right arm and how much better life goes if we use both of them.

Saturn in Sagittarius Through the 12 Houses