As I write this, Steven has just arrived in Australia for his annual Apprenticeship program. He always looks forward to his trips “down under” because he loves the unique vibe of the group there and really appreciates the privilege of getting to teach in diverse locations.

And also as I write this, Mercury is exactly opposite Neptune, so I’ll be spacing out frequently as I type and making sure to spell check at least 3 times before sending! If you’ve been feeling like the upcoming Mercury Retrograde in Virgo cycle started ahead of schedule, you’re likely noticing the effects of Mercury opposite Neptune, which is exact today, July 31.

Balancing these two energies isn’t the most intuitive feat, although it does require connecting with the source of one’s intuition. I’ve definitely found myself in the push and pull feeling of the opposition. Just earlier today I drifted off into a sublime Neptune state while sitting on a hill near the Columbia River Gorge, contemplating the lush valley before me, dotted with pastoral orchards and dramatically punctuated by majestic Mt. Hood in the near distance. The gentle summer breeze and open vista before me transported me instantly into a boundary-free meditative state. It felt easy to merge with the landscape. 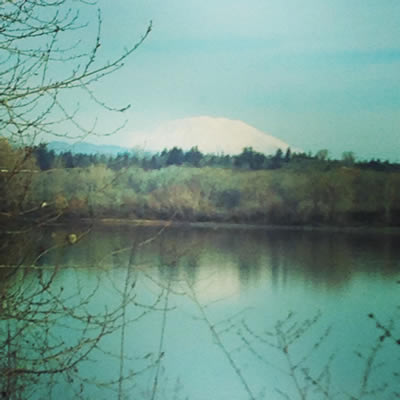 Later that day I found myself at a New Moon intention setting gathering, percolating with bubbly Leo New Moon energy, and followed by a lively Mercury-inspired conversation. Over dinner I sat with several folks, all excitedly chirping over one another. The juxtaposition of the energies of the peaceful afternoon and frenetic evening reminded me of the opposition. And after dinner, although the stimulation was wonderful, I was glad to retreat again into silence.

Having been through some more complicated Neptune transits, I can say that this one is letting me off easy. If this transit seems to be hitting your chart in a more challenging way, read on.

Maybe I’m riding too closely on the heels of my recent Neptune Square Neptune transit to speak with authority on the subject, but I’ll share with you something that worked for me when the fog of Neptune had completely clouded my perception. Give in! When I stopped looking for “the answer” and spent active time in Neptune energy – in meditation, in dreamy healing reverie, and in extra sleep – I found real peace. And eventually my confusion lifted and I had the inspiration and answers needed to move forward. But I didn’t get there by pushing it or by “figuring it out”. Allowing was the key.

So if this Mercury-Neptune opposition has you feeling a bit adrift on the river Lethe (that river of forgetfulness from the Underworld of Greek Mythology), try giving in, and allow space for inspiration to slowly re-form inside you. Balance that by objectively taking in all of the data percolating into your awareness – collecting it, analyzing it – and then doing your best to postpone taking action until the energy of the opposition begins to lift and the way forward is clear.

And in a comic moment, I just had my own lesson in non-attachment, as the previous paragraph simply disappeared right after I’d written it…I expect we’ll see a little more of that kind of thing as well in the next month…

Enjoy the sweet denouement of summer, which we appreciate so much here in the Pacific Northwest!

Thanks for your support and for sharing this newsletter with friends and on Facebook.

Traditionally, associated rather exclusively with “female” concerns, how can we integrate this body into a more modern context, freeing it from the dying gender mythos of an Age only half of us even remember?