On March 16, 2015 Uranus and Pluto form a square aspect in the signs Aries and Capricorn. This is the final exact square in the long series of seven, which began on June 24, 2012. Interestingly, it is the first time both planets have been direct at the moment of the exact square. Thus, over a period of about three years, the furious, violent “Lord of Earthquakes and Lightning Bolts” has been squaring off against the uber-controlling “Lord of the Underworld”—also known as the “God of Hell.”

Don’t you love this language? The words ring of Alien Vs Predator. They sound like a hormone-addled fourteen-year-old boy’s fantasy.

And of course, astrology works. It always mirrors reality. All that archetypal mayhem has been reflected almost daily in the horrific news of the world. Just when we thought things could not possibly get any worse in terms of the way humans behave toward each other, we saw government-approved torture, mass graves, beheadings, public school shootings and murdered journalists. The dark, log-jammed logic of this potent square has been evident everywhere we look.

Thank God it is ending, right?

Well, not so fast. These planets move slowly and, while March 16 marks the date of their last exact square, they’ve not exactly finished with each other. Pluto turns retrograde in April as does Uranus in July. On Christmas Day, 2015, Uranus will be standing Stationary at 16°33′ of Aries, with Pluto then at 14°51′ of Capricorn. That 1.5°spread is “close enough to count,” for sure. The epochal power of this square will then fade out through 2016 and 2017 as Uranus slowly pulls ahead. Their dance, in other words, will end with a whimper, not a bang—although 2015 may very well hold another bang or two.

Looking at the mass of humanity and how we respond collectively to celestial events can be dispiriting. There’s a clear tendency for the lowest common denominator to make itself felt. We have surely seen that principle evident recently. Angry (Aries) revolutionaries (Uranus), often armed with technology (Uranus) have been pitted in life-and-death battles (the square aspect) with controlling governments (both Capricorn) willing to use dark means and treachery (Pluto) to destroy them.

Meanwhile, conservatives (Capricorn) have been in the teeth of progressives (Uranus), each projecting inhumanity upon the other. “Irreconcilable differences” (the square aspect) have actually created a tense, unchanging, profoundly uncomfortable stability in human affairs—the domestic and geopolitical logjam, with all its venomous frustrations leaking out in the nightmarish grotesqueries of the nightly news. Oi!

And that’s just the human world. Think of the increase in terrible earthquakes, volcanoes, and super-storms we have been experiencing since 2010 or so, when these giant planets began smelling the square. For one example, the exact day that Uranus returned to Aries (after briefly retreating into Pisces for several weeks) was the day the tsunami struck the Fukushima reactor in Japan—a Uranian earthquake releasing plutonium from a Capricorn containment structure.

I’ve never met anyone with the following two traits: they disbelieved in astrology and they knew a damned thing about it. Sometimes it just hits you over the head. Only those committed to blind ignorance could pretend Fukushima was not reflected in the heavens. 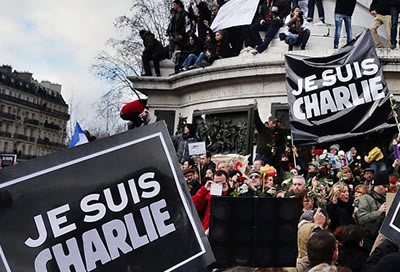 Prediction isn’t my thing. I believe too strongly in the power of the human will to have much faith in any such mechanistic model of astrology. But seeing the Pluto-Uranus square slowly breaking up does lead me to expect that humanity is heading for some relatively calmer waters as the aspect dissipates. Even though we often do behave mechanically, we are not marionettes hanging from the planetary strings—necessarily. But the crowning irony of freedom is that we are free to not be free, if we so chose. So often our responses are indeed reflexive and unconscious. Collectively, the human response to the Pluto-Uranus square has been quite instinctual: rampant projection, rampant demonizing of “the other,” spiced with a war of slogans and an appalling body count.

Even if humanity simply continues in the same unconscious, reflexive vein, we will probably find ourselves losing some interest in the endless war, “getting over it,” listening to each other a little more clearly, and generally being more willing to tend our own gardens. That in itself would be a mechanical response to diminishing tensions in the sky—mechanical, but welcome.

Individuals, however . . . human individuals are an entirely different beast than human societies. Sting said it so well in his tune All This Time: “Men go crazy in congregations, but they only get better one by one.” The “least common denominator syndrome” that is so obvious in the news is far less relevant to the individual. We individuals are the quanta in a kind of collective social quantum theory. Some equivalent to Heisenberg’s Uncertainty Principle rests inside of each one of us. Some of us will respond to any astrological stimulus in the worst possible way. Examples would be the people who actually have beheaded others simply for what they symbolized, or police officers who’ve pulled the trigger on unarmed kids with their hands up, or kids who’ve attacked police officers because of their uniforms or their skin color.

But others among us will illustrate the highest possibilities of any astrological configuration.

If you’re still reading, thank you. I know the emphasis so far has been negative. I am about to turn all that around and celebrate the soul-victories that this Pluto-Uranus square has represented for so many. But I never want to turn away from the darkness. Pretending it is not there only makes it more powerful, in my opinion. Still, it is the light that gives us the strength to endure the truth. We need it, and it is always there. Reflecting the higher possibilities of this Uranus-Pluto square in the life stories witnessed from the front-row seat of my astrological counseling practice, I have observed individuals integrating tense opposites within themselves—reconciling the inner conservative and the inner liberal, so to speak. Through conscious work, I’ve seen potentially devastating existential earthquakes eased before they broke. I’ve witnessed new-born wisdom, sobriety, empowerment, and grace.

These processes have been available to one and all, but they’ve been particularly pressing for people with planets in the four Cardinal signs between about 6 and 17 degrees, where Pluto and Uranus have been sweeping along, conjuncting, squaring, or opposing them. These folks have been on the front lines. Some have fallen and some have soared.

This subject is too vast to fully do it justice in a short essay such as this one. But I’ve learned that there are a few key principles which underlie the successful, integrative, life-healing responses I have seen people make to these intense Uranus-Pluto stimuli. Here they are, presented as little formulas which I shared with students in my Apprenticeship Program as I prepared them to help themselves and others through these stormy times:

Cycles like these cannot be equated with a little formula, of course.  But think back on your life over the last few years, especially if you have that Cardinal sensitivity in your chart. Take the houses through which Uranus and Pluto were transiting into account. Think about the specific aspects they were making. And see if any of these slogans have biographical, evolutionary relevance to you.

I know they do to me, profoundly.

As you reflect, you integrate. You gain the full benefit of your own hard evolutionary work. You nail down the victories you’ve won.

Soon the long-running Uranus-Pluto square will be over. Its nightmarish exaggerations of everything grotesque and impossible in human nature will likely diminish. But there are two things I have learned about these kinds of global astrological events:

First, the kids born under them will carry these questions forward and wrestle with them for their lifetimes. Often that piece of the puzzle—the lives of the children themselves—is really the biggest one, once the immediate fireworks are over. You see its effects for a century, not just a few years. Think of the fabled 1960s—and now think of the impact on human history of the children born in the 1960s with that Uranus-Pluto conjunction hard-wired into their consciousness. Many of them are just now coming into their full power as voices, artists, and leaders.

The second thing I have learned about these global astrological events is that the inner work we do under them lives on, not only in our own lives, but in the form of the contributions we are empowered to make to our communities, both visibly and on the subtle plane of the vibrations we all emanate—vibrations of madness or of wonder, vibrations of despair and defeat or of love and the miracles of kindness and forgiveness.